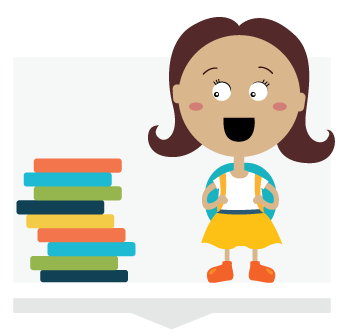 Traditionally, the summer drags down kids’ reading skills, leaving a lasting negative impact on their educational future. The Kids Read Now (KRN) program makes summers work to children’s advantage by providing them the opportunity to read during the long break in-between grades.

The mission of KRN is to provide a solution for Kindergarten through third grade school-aged children whose reading level is below ideal or at risk of declining over the long summer break.

The KRN six-step program is simple. In the spring, students select nine books to read over the summer and parents provide contact information to KRN. Toward the end of the school year, the children and their parents attend a KRN family reading night to pick up their first three books. In the summer months, KRN contacts each participating family each week asking what book their student read. If they respond, KRN mails another book to their home the following week.

The basis for the success of KRN’s summer program is the ability to communicate with parents or guardians to ensure children are keeping up with their reading. Despite offering parents a wide range of choices for how they would like to be contacted, over 66% of parents select text messaging as their preferred method.

Initially, KRN used a messaging provider to send text messages and did so through long codes. The long codes became a problem as soon as KRN acquired more than 2500 students, and became an even bigger problem as KRN grew to nearly 42,000 students; the messages they sent began to get flagged and black-listed by mobile operators. The blocked messages prevented the program from properly carrying out its mission, having a severe negative impact on the organization’s performance. The team at KRN knew they needed to find a reliable and scalable text messaging solution that would get their messages across without any setbacks.

The Slooce Solution
Moving to Slooce Technology’s platform allowed the organization to scale with the peace of mind that text messages, which are a cornerstone of the program’s success, would get through to all parents. KRN now has nearly 42,000 enrolled students and projects 100,000 students will be enrolled by summer of 2019.

Using Slooce’s short code and text messaging capabilities, KRN went from having its messages blocked by mobile phone carriers to reaching four times the volume of parents with instant delivery.

“We are committed to providing a quality program and, because our messages were blocked with our previous SMS provider, we were prevented from fulfilling our mission. Of all the methods of communication we have made available to parents—including Facebook messenger, email, and phone calls—text messaging is by far the leading choice for over two thirds of them, so having a strong text messaging partner is crucial and we have found that in Slooce.”